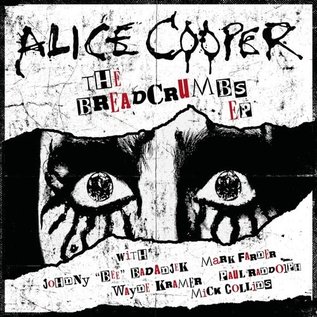 10 inch vinyl will be limited and numbered to 20.000 copies worldwide. Alice Cooper himself is throwing some "Breadcrumbs" in prospect of his new album coming out in 2020 and just in time for his European "Ol' Black Eyes is Back" Tour dates. The album he and producer Bob Ezrin are working on is inspired by the ethic and the punk rock sound of Detroit in the 70s. Having been incredibly productive, Detroit born Alice wants to start sharing his new music with the EP called "Breadcrumbs".