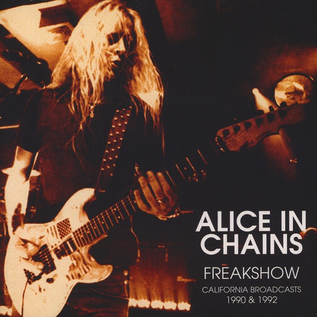 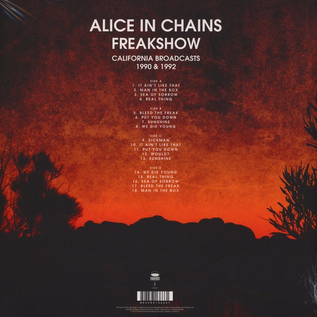 This deluxe LP release contains two complete Alice In Chains shows, one apiece from the tours supporting the group's first and second records, often considered two of the most important albums in modern American alternative rock. The first is taken from a performance at The La Reina Sheraton Hotel in L.A. on 15th September 1990, shortly after the release of Facelift, while the second was captured at The Hollywood Palladium on 15th December 1992, hot on the heels of their Dirt album. Broadcast over local FM radio at the highest possible audio quality, and featuring such classics as 'Man In The Box', 'Sea Of Sorrow', 'We Die Young' and 'Would?', this collection will not only be a welcome addition for the Alice In Chains faithful, but equally a fascinating insight into the golden years of the grunge movement itself.