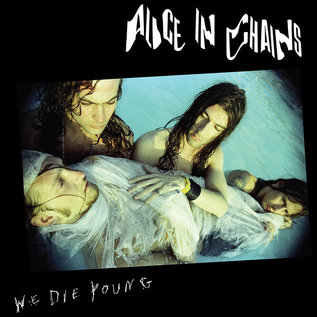 Originally released in 1990 as a promotional only vinyl, Alice In Chains’ first studio EP We Die Young will see a limited edition release on Record Store Day. With remastered audio by Bob Ludwig, the three track EP includes 2 tracks which later ended up on the band’s debut album Facelift along with the track “Killing Yourself,” exclusive to this EP.

THIS RELEASE IS ONE COPY PER PERSON.
ORDERS FOR MULTIPLE COPIES WILL BE CANCELLED.