Awesome Dré & The Hardcore Committee ‎– You Can't Hold Me Back LP 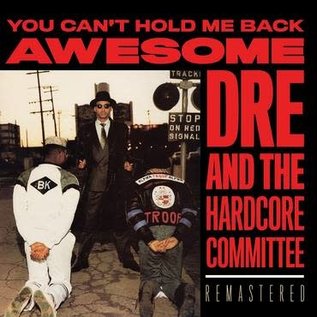 OUT OF PRINT SINCE 1989
In the late 80s, Detroit rap pioneer Awesome Dre
was among the first to stomp onto the national scene
from the Midwest. With his mix of political and hardcore
he provided a unique perspective and voice during the
height of hip-hop's golden era. A voice that would not shy
away from controversy by asserting Detroit's place in
hip-hop by challenging New York legends Kool Moe Dee
and LL Cool J.
Features a download card to the full album and three
exclusive bonus cuts. Presented on translucent red vinyl
with an OBI-strip.