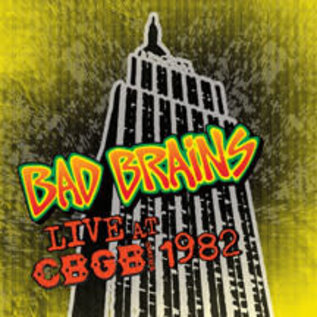 This vinyl only release contains audio selections from the DVD release, LIVE CBGB 1982. Sure it sounds confusing, but the material on the CD and LP, while culled from the same series of live shows around Christmas 1982 at CBGBs, is completely different. Besides, who can have enough live stuff from the world's best hardcore band at the peak of their prowess? Includes blazingly awesome live versions of "FVK," "How Low Can a Punk Get," and more.

A1 The Meek
A2 The Regulator
A3 Unity Dub
A4 Banned In DC
A5 Joshua's Song
A6 Rally Round Jah's Throne
A7 Destroy Babylon
B1 Riot Squad
B2 I And I Rasta
B3 How Low Can A Punk Get?
B4 F.V.K.
B5 Right Brigade
B6 I And I Survive
B7 We Will Not