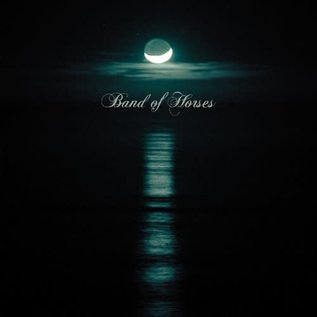 Released in March of 2006, Band of Horses’ debut Everything All the Time propelled the band from early shows opening for friends Iron & Wine, to playing on The Late Show with David Letterman by July, and being nominated as one of ten finalists (along with Joanna Newsom, Beirut, Tom Waits, and, the eventual winner, Cat Power) for the Shortlist Music Prize for that same year. The record also received celebratory press in Spin, Entertainment Weekly, NY Times, Harp, Billboard, Pitchfork, Magnet, NME, Uncut, and a slew of others. For a lot of reasons, Cease to Begin is the perfect title for this new record. Though they worked with producer Phil Ek again, as they did on Everything All the Time, much has changed for Band of Horses between the fairly recent then and now. Band members have come and gone, including Mat Brooke, who left to pursue other interests and his own band. Core members Ben Bridwell, Rob Hampton and Creighton Barrett moved from Seattle to Mt. Pleasant, SC, to be closer to their families. And, close friends and family have come and gone—some far too early. Necessarily shot through with these experiences, the songs on Cease to Begin are strikingly beautiful, if less elliptical and more straightforward, dealing with the reconciliation of attachment and detachment, the strength that’s found through suffering, and the understanding that we are as significant as we are insignificant. It’s also a great rock record.