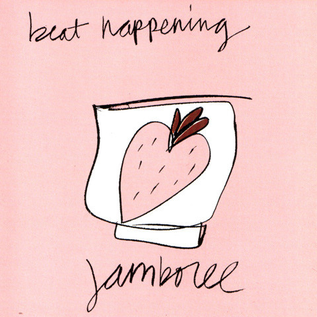 Contains America’s accidental entry into the 1988 Eurovision contest, “Indian Summer.” They lost to a then-unknown Céline Dion. Figures.
“The secret to Beat Happening’s complete domination of rock lies not in the music’s simplicity, nor what some fuckheads see as feigned innocence or eccentricity; Calvin, Heather and Bret take on situations and ideas, not ‘cause they think it’s funny or strange to feel the way they do -- Beat Happening truly live in the world they convey.”
-Conflict
"After thirty years rock'n'roll music was still fresh as a daisy. The songs on Jamboree reworked this bent tradition - swords into that which cleaves softly through the loam."
-Calvin Johnson