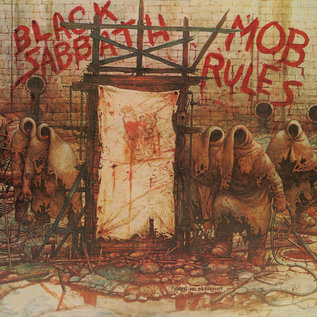 Black Sabbath is an English rock band formed in Birmingham in 1968. Originally formed as a blues rock band, the group soon adopted the Black Sabbath moniker and began incorporating occult themes with horror-inspired lyrics and tuned-down guitars. Despite an association with these two themes, Black Sabbath also composed songs dealing with social instability, political corruption, the dangers of drug abuse and apocalyptic prophecies of the horrors of war.

Sabbath's sweeping and masterful metamorphosis away from that tradition spawned heavy metal music, inventing the template for everything that would follow. With crushing rhythms, torpedo riffs, haunting songs, and Ozzy's other-worldly vocals, the band conjured a dark, menacing, and resonant sound that reverberates still.
Black Sabbath is often cited as pioneers of heavy metal music. The band helped define the genre, were ranked by MTV as the "Greatest Metal Band" of all time, and placed second in VH1's "100 Greatest Artists of Hard Rock" list. Rolling Stone magazine ranked them number 85 in their "100 Greatest Artists of All Time". They have sold over 70 million records worldwide. Black Sabbath was inducted into the UK Music Hall of Fame in 2005 and the Rock and Roll Hall of Fame in 2006. They have also won two Grammy Awards for Best Metal Performance.