Blind Willie Johnson - Dark Was The Night, Cold Was The Ground/It's Nobody's Fault But Mine 10"

Home / Blind Willie Johnson - Dark Was The Night, Cold Was The Ground/It's Nobody's Fault But Mine 10" 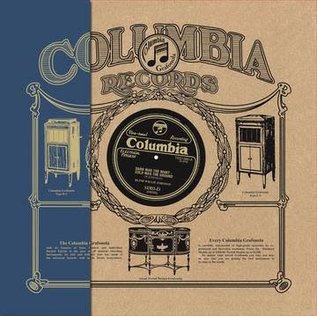 On December 3,1927, in a temporary studio in the Deep Ellum district of Dallas (accompanied by his wife Willie B. Harris who occasionally sang on the street with him), Johnson recorded six groundbreaking songs. The session included the iconic slide guitar classic, “Dark Was the Night, Cold Was the Ground,” the wordless haunting response to Christ’scrucifixion that remains one of the masterpieces of American music and that also articulates Johnson’s lifetime of suffering and sadness. Ry Cooder described it as “the most soulful, transcendent piece in all American Music.” Jack White called it “the greatest example of slide guitar ever recorded.”In 1977, “Dark Was the Night, Cold Was the Ground” was one of 27 samples of music included on the Voyager Golden Record selected to represent the human experienceon Earth for NASA’s Voyager spacecraft’s probe to other life forms in the universe. In 2010, the song was also selected by the Library of Congress as an addition to the National Recording Registry which selects recordings that are deemed “culturally, historically, or aesthetically significant.” In 2011, the song was inducted into the Grammy Hall of Fame.