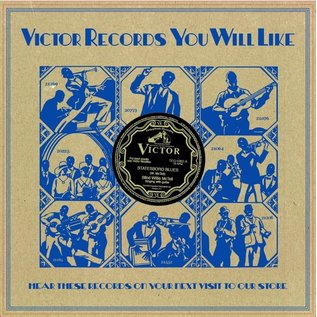 "Georgia-born Blind Willie McTell defies all definitions of the prototype blues musician from the 1920s
and 1930s. Unlike his contemporaries, McTell performed in various musical styles, including blues,
ragtime, religious songs and hokum. He mastered the 12-string guitar with a unique and fluid,
syncopated fingerstyle and superb slide technique, and maintained a smooth, laid-back tenor which
distinguished him from the harsher sounding Delta singers. As such, McTell was able to model his
approach while performing for a diverse audience of all races, whether on the streets or in a venue.
An itinerant musician after leaving home, Blind Willie was discovered by an A&R man for prominent
blues labels Okeh and Victor Records, and brought to Atlanta to record two sessions. One of these
sessions produced what would become his signature song: “Statesboro Blues”, which has been
widely celebrated and covered by the likes of the Allman Brothers, Taj Mahal, and the Youngbloods,
and was inducted into the National Recording Registry for cultural significance in 2016.
McTell continued to record and perform throughout Atlanta utilizing a variety of aliases throughout
the 1920s and 1950s. He was interviewed for the Library of Congress by famed musicologist and
folklorist John Lomax in 1940, and after decades with little commercial success, would pass in 1959.
Since his death his influence has been felt and his songs covered across a slew of artists, from
Bob Dylan to Ry Cooder to the White Stripes."