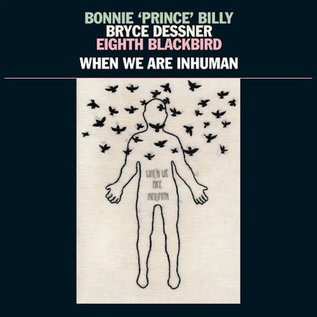 ulius Eastman and Will Oldham are kindred spirits. Self-styled provocateurs, they have deliberately and self-consciously positioned themselves on the outskirts of distinct traditions, while omnivorously pulling all manners of musical influence towards their outré stance. Eastman, who passed away in relative obscurity in 1990 and whose work is currently experiencing a necessary revival, harnessed the experimental vocabulary of minimalism for joyfully insurgent ends; Oldham’s songwriting regularly conjures a pantheon of figures from what Greil Marcus famously called "the old, weird America."Last spring, these two visionaries collided at Cincinnati’s MusicNOW Festival, and any distance between them was mediated by the careful collaborative work of MusicNOW curator Bryce Dessner and ensemble Eighth Blackbird. As you can hear on this album, woven between new arrangements of Oldham’s cryptic songs and Eastman’s iconic "Stay on It" are several of Dessner’s "Murder Ballades," works that tease out the homicidal strain present in many old folk tunes. Part of an ongoing series written for Eighth Blackbird, each Murder Ballade either reframes a traditional melody or embodies some folksy technique. In Dessner’s biting arrangement of "Down in the Willow Garden," a classic Appalachian tune told from the perspective of a man about to be executed for killing his true love, Oldham sings bleary-eyed atop harshly twanging timbres; "Underneath the Floorboards," a series of eerie, textural improvisations bordering lyrical episodes, takes inspiration from a much more recent murderous classic, Sufjan Stevens’s "John Wayne Gacy Jr." These explorations of violence fit naturally around the presence of Oldham, whose music has always examined the interstices between intimacy and cruelty. Four of his older songs appear here, in new arrangements by pianist Lisa Kaplan. Of the many iterations of Oldham’s recorded persona over the years, from the various Palace projects to the Bonnie "Prince" Billy albums, Kaplan’s orchestrations may provide one of his most sumptuous sonic costumes. In a preconcert conversation in Cincinnati, Oldham compared working with Eighth Blackbird to becoming acquainted with a "haunted house," continually returning to the same spot and observing how his fear was interlaced with a charged energy. Over the past several years, lead sheets evolved into complicated arrangements that push Oldham’s voice to new heights, as in the ecstatic refrain of "New Partner" or the lithe polyrhythms of "Beast for Thee." On "One with the Birds" and "When Thy Song," shimmering instrumental introductions deploy avant-garde effects as a window into Oldham’s bleak, poignant sound world. As the songwriter himself put it, "Each line, you have the chance to see it from multiple angles because of these incredible, dissected, beautiful musical arrangements."Musicologist Matthew Mendez has identified the web of influences that informed Eastman’s "Stay on It": a post-Stonewall queer subjectivity, which the composer-performer flaunted; disco hits like Diana Ross’s "Love Hangover," to which Eastman and his colleagues regularly danced at the Buffalo gay bar Hibachi Room; and the language of 1970s minimalism, both deployed and critiqued in Eastman’s emphasis on what he called not "the pulse" but "the beat," drawing attention to the vernacular spirit of the music’s omnipresent riff. "Stay on It" was worked out in live performance by Eastman and a team of collaborators in the early ‘70s, and never settled into a "final version." No score exists, and most contemporary arrangements, including this one, derive from archival recordings made in that period. Performed by Eighth Blackbird, Dessner on guitar, and Oldham on vocals, this live rendition from Cincinnati introduces a classical virtuosity that sharpens the edges of Eastman’s music while still capturing its anarchic ideal. Oldham’s repetitions of the phrase "Stay on it" are subversively subdued, and Dessner’s guitar inserts a punch of the urbane. The riff mutates, changes, fades away, returns triumphantly. It overpowers and is overpowered. Boundaries between musicians and audience dissolve - in the MusicNOW concert, percussionist Matthew Duvall ran off the stage to make a surround-sound ruckus - addressing the broader political hierarchies that Eastman sought to triumphantly topple. The party is political.- William Robin