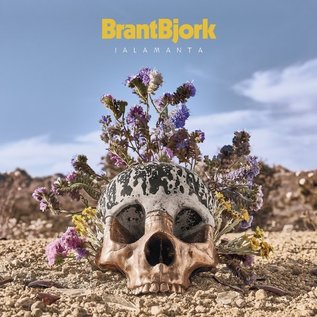 A1 Lazy Bones
A2 Automatic Fantastic
A3 Cobra Jab
A4 Too Many Chiefs...Not Enough Indians
B1 Sun Brother
B2 Let's Get Chinese Eyes
B3 Toot
C1 Defender Of The Oleander
C2 Low Desert Punk
C3 Waiting For A Coconut To Drop
D1 Her Brown Blood
D2 Indio
D3 Take Me Away

Double LP version. Heavy Psych Sounds present a reissue of Brant Bjork's Jalamanta, originally released in 1999. Brant Bjork: "Jalamanta was a life changing record for me. It's the record that launched my journey as Brant Bjork. Listening to the tapes 20 years later was amazing. Tony Mason and myself were transported back to that moment in time. Jalamanta was a first for both Tony and myself. My first record as a solo artist and his first record as an engineer. We didn't think twice about re-mixing it. With our combined experience over the years, we knew we could take Jalamanta to the place we always wanted it to go... and we did. Dig it." Features a Blue Öyster Cult cover, "Take Me Away".