Brian Jonestown Massacre ‎– Take It From The Man! LP 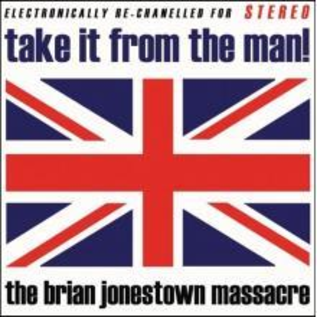 Originally released on CD in 1996, now reissued on A Recordings, Anton Newcombe's own record label. Released on 180 gram vinyl. The Brian Jonestown Massacre's obsession with the Rolling Stones continues unabated on the brilliant Take It from the Man!; where the group resurrected psychedelic-era excesses on the previous Their Satanic Majesties' Second Request, here they jump further back in time to the Stones' mid-'60s period, with even more superlative results. From the opening "Vacuum Boots" onward, Take It from the Man! is gritty, swaggering R&B-influenced rock, delivered with remarkable assurance and attitude; singer Anton Newcombe is half-madman and half-shaman, and he commands each delirious moment with absolute mastery, emerging not so much a disciple of Mick Jagger but as a serious threat to the throne.