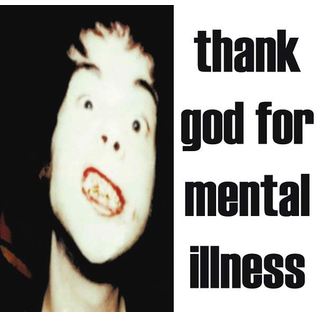 This the first time that this title has been available on vinyl. At the risk of belaboring a rather obvious point, with Thank God for Mental Illness, their third collection of absolutely stunning music to be released in 1996, The Brian Jonestown Massacre parallels the prolific and effortless brilliance of The Rolling Stones at their fevered late-1960s peak; the sheer scope of their achievements is stunning -- rarely are bands quite so productive, or quite so consistently amazing. Thank God is The BJM's down-and-dirty country-blues outing, all 12-odd tracks supposedly recorded on a single July day at a cost of just $17.36. The Brian Jonestown Massacre is a psychedelic rock band originally from San Francisco, California, led by guitarist and singer Anton Newcombe. Since 1995, The Brian Jonestown Massacre has released numerous albums, first for Bomp!, the label that gave them their start, and later for TVT and Tee Pee. The BJM has been essential in the development of the modern U.S. garage scene, and many LA and SF musicians got their start playing with Newcombe, including Peter Hayes of Black Rebel Motorcycle Club. Originally, Newcombe was heavily influenced by The Rolling Stones' psychedelic phase -- the band's name combines the name of Stones founder Brian Jones with a reference to cult leader Jim Jones -- but his work in the 2000s has expanded into aesthetic dimensions approximating the UK shoegaze genre of the 1990s and incorporating influences from world music, especially Middle Eastern and Brazilian music.