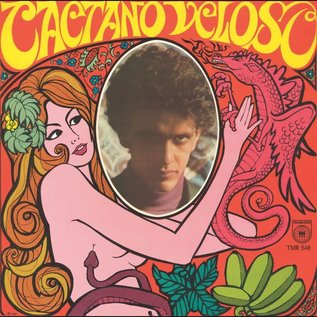 The Tropicália art movement of the late 1960s, with flourishes in visual art, poetry, theatre and music, is one of Brazil’s most adored cultural concoctions. It was a movement which began out of necessity, shortly after a repressive military dictatorship seized power after 20 years of peaceful democracy. The term Tropicália first came from the mind of Brazilian visual artist Hélio Oiticica, whose eponymous piece consisted of a sandy maze bordered by tropical Brazilian flora and, at the end, a television set.

Through satirizing symbols of their homeland and rejecting a pre-established national culture, the Tropicalists constructed a new form of “aggressive nationalism” outside of an innately anti-imperialist Left and an unthinkingly patriotic Right. By refusing to accept underdevelopment as their identity and excitedly “devouring” disparate culture (low and high brow, domestic and foreign, etc.), the Tropicalists carved out a unifying creative space, a universal sound, different from the older, bourgeois bossa nova movement and the newer, undiscerning rock movement.

Caetano Veloso’s self-titled debut solo album is one of the most important and influential Brazilian (and, dare we say, South American) albums of all time. With the release of this seminal album, Veloso would become the leading voice of Tropicália.

The songs on this album immediately connected with people. Alegria, Algeria was his breakout hit that gained traction as a hymn for liberty advocates, juxtaposing images of Coca Cola, guerrilla groups, bombs and Brigitte Bardot as part of the everyday experience. The album’s first song Tropicália was an anthem for the whole movement; it’s a fragmented allegory, a structure borrowed from friends

in the concrete poetry scene, touching on divergent cultural symbols, events, allusions and idioms, nimbly representing and critiquing the many contradictions in the new Brazilian dictatorship.

Superbacana (translated as “Supergroovy”) follows a hyperbolic superhero’s use of technology to fight a gang of cowboys led by the money-hungry Uncle Scrooge, serving as allusions to American imperialism and greed felt in their country, all in the rapid-fire structure of a comic book. The subtext in all these songs, which the dictatorship would not immediately catch, were that these repressed but glaring contradictions, not the bountiful sunny paradise that the military regime was pushing, were the true national identity.

Unfortunately, these cleverly veiled jabs in Veloso and his contemporaries’ bodies of work gained greater and greater exposure as the movement became more and more popular, leading to the arrest, imprisonment and forced exile of Veloso and many of his cohort. Despite these difficulties, the Tropicalists continued creating in exile, strongly influencing artists both at home and abroad.

This is the first authorized North American vinyl issue of Caetano Veloso. Whether you’re a longtime fan or first-time listener, Third Man Records could not be more proud to spread the compelling story of this album, this artist and the Tropicália movement.