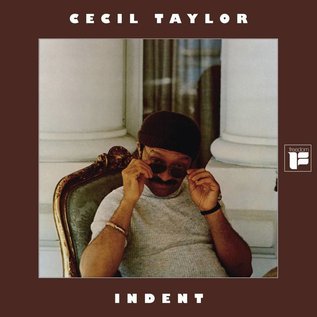 Indent, a live solo album by Cecil Taylor, was recorded in Ohio in March 1973 The album was originally released on Taylor's own Unit Core label and subsequently more widely released on the Freedom label. The album has received critical praise, including a 4/5 star review from the Rolling Stone Jazz Record Guide. Previously out of print for decades, the phenomenal work is finally coming back to vinyl with an audiophile-grade pressing from Pallas Group. The album was remastered for vinyl at Infrasonic Mastering. This color vinyl pressing is exclusively available for Black Friday Record Store Day.