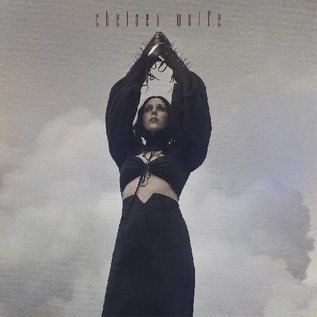 There is a core element to Chelsea Wolfe’s music—a kind of urgent spin on America’s desolation blues—that’s existed throughout the entirety of her career. Wolfe has always been a conduit for a powerful energy, and while she has demonstrated a capacity to channel that somber beauty into a variety of forms, her gift as a songwriter is never more apparent than when she strips her songs down to a few key components. As a result, her solemn majesty and ominous elegance are more potent than ever on Birth of Violence. The songs stem from humble beginnings—little more than Wolfe’s voice and her Taylor acoustic guitar. Her longtime musical collaborator Ben Chisholm recorded the songs in their own studio and helped fill them out with his modern production treatments and auxiliary flourishes from ongoing contributors Jess Gowrie (drums) and Ezra Buchla (viola). Every Chelsea Wolfe album introduces new unorthodox textures and approaches, and the trajectory of her creative arc has generally aimed for larger and more imposing sounds, but Birth of Violence deliberately alters that course in favor of a more intimate atmosphere. The result yields Wolfe’s most devastating work to date.