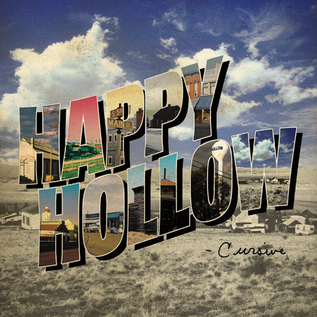 All was quiet in Camp Cursive for more than a year... And then, slowly at first, after much decompression and contemplation, they began to discuss and then assemble a new record as a freshly reconstituted four-piece: the longtime core of Tim Kasher (vocals, guitar), Matt Maginn (bass), Clint Schnase (drums) and Ted Stevens (guitar, vocals).

The band's re-emergence finds them self-assured and assertive as ever. Rather than retread familiar artistic ground, Cursive has unfurled their most adventurous and accomplished work to date, Happy Hollow.

Happy Hollow takes the scalpel to its small-town inhabitants and their stories, dredging up debates of intelligent design, blind devotion, homosexuality and patriotism, while calling out false virtue, righteous cant and sanctimonious liars to create a literate, impassioned and empirical look at organized religion arranged as 14 hymns for heathens.