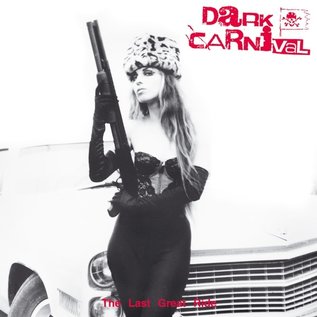 Detroit high-energy rock at its purest essence! Niagara (Destroy All Monsters) and Ron Asheton (The Stooges), among other great Detroit musicians, recorded this killer album back in 1996. Now it is finally reissued on vinyl with two added tracks to the original vinyl release, remastered in order to get its purest sound, and new artwork courtesy of Mrs. Niagara Detroit and Mr. Colonel Galaxy. And guess what? This is an extension of Destroy All Monsters with absolutely killer guitars in line with The Stooges' Funhouse with the unique stamp and signature of Mr. Ron Asheton. Ten classic shots which need to be in your record collection right by The Stooges, Destroy All Monsters, MC5, Sonic's Rendezvous Band, Radio Birdman, The New Christs, Bored!, etc. 150 gram vinyl; edition of 500.

A1 Let There Be Dark
A2 Bloody Mary
A3 Cop's Eyes
A4 Heaven Can Wait
A5 I Died A Thousand Times
B1 Selvira
B2 Bang
B3 Memories Are For Losers
B4 Good Morning, Headache
B5 The Last Great Ride