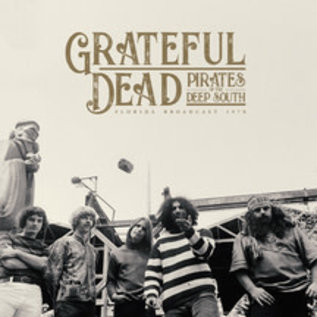 The first few months of 1970 were tumultuous for the Grateful Dead. They had been all over the country, from the Fillmore East to Hawaii and back, by way of New Orleans and St. Louis. They had fired their organ player, fired their manager, hired a new road manager and recorded an album. By 8th March, they had already played 34 shows. As near as anyone can tell, the sessions for Workingman's Dead were 16 - 19th February and then 9 - 16th March, when the basic tracks were completed. What has come to be known as “the project tour” - an east coast jaunt running 17th March through 29th March - was undertaken with the aim of composing a “road song” while on the aforementioned surface. Lyricist Robert Hunter had joined the tour for this express purpose and ‘Truckin’’ was written while the group allegedly hung around the pool in Dania, FL, just North of Miami, where they would also perform two gigs at the unlikely venue, Pirates World, an amusement park in the city which hosted rock gigs on weekends. An obscure event and a rare recording this brief performance (by Dead standards) is also a marvellous and dynamic occasion, and a legendary one for a number of reasons. Not least of these is that it concurred with the composition of a Dead classic that remains among the band’s most popular and best known songs.

A1 Morning Dew
A2 Mama Tried
A3 Good Lovin'
A4 Don't Ease Me In
B1 Cold Rain And Snow
B2 High Time
B3 Dark Star
C1 The Other One
C2 St. Stephen
C3 Drums
C4 Not Fade Away
D1 Turn On Your Love-Light
D2 Me And My Uncle