Grouper ‎– Dragging A Dead Deer Up A Hill LP 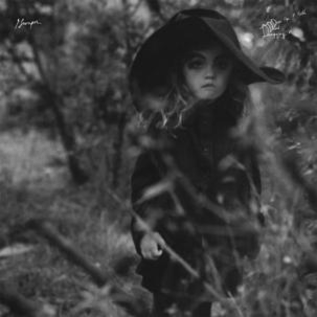 The third full-length release for Portland, Oregon-based LIZ HARRIS. Harris might have achieved a significant fan base thanks to the whispering, near-ambient vocal crusades of her debut album Way Their Crept and its follow-up Wide, but those with a careful ear would have heard slightly more trapped beneath her fuzzy chain of effects. Dragging A Dead Deer Up A Hill marks a departure of sorts for Liz, which sees her turn down the fuzz boxes which caged (and to some degree defined) her sound and allows her voice to ring out above everything else. It is an album steeped in the world of dream-pop and far from shying away from the reference, Liz has instead grabbed on with both hands, creating an album's worth of perfect, left-field pop songs. Using delicate song structures which are at once both familiar and somehow alien, her vocals cry out hauntingly over stripped-down guitar lines and looped environmental recordings. These are the future soundtracks to love, despair and ultimately, hope. “This remarkable album is actually what I personally always wanted 4AD records to sound like, only they never quite delivered the hazy pleasures their beautiful sleeve art promised.”—Pitchfork (8.2)