Lizzo - Cuz I Love You LP 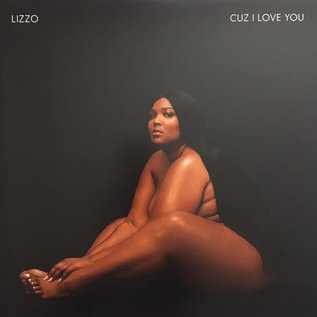 Deluxe vinyl LP pressing. 2019 release. Cuz I Love You is the third studio album and major label debut by rapper and singer Lizzo. The album is Lizzo's first release since her 2016 Coconut Oil EP. Lizzo stated at the album preview party at the Crazy Girls strip club in Hollywood on January 30 that she has been working on the album for three years. She also previewed a collaboration with Missy Elliott titled "Tempo". Along with the lead single "Juice", the album includes the empowering dance track "Like a Girl" and a song dedicated to an ex titled "Jerome".

When you love yourself, anything becomes possible. Channeling boundless self-confidence through a downright earth-quaking voice, colorful persona, and undeniable star power, Lizzo struts into the spotlight and steps up with a whole lot of sass, spirit, and soul. Embracing her vocal range like never before and celebrating herself to the fullest, she speaks her mind, censors nothing, and delivers an enviable level of honesty, pure passion, and fresh fire.