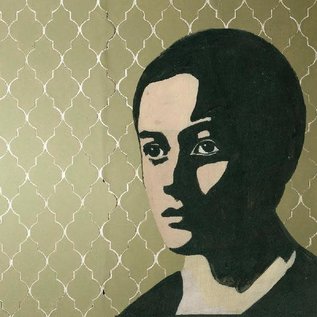 This, M Ward's third album, places him in the forefront of a modern movement that is clearly progressive while simultaneously sounding regressive, feeling dusty with age, and manifesting a genius that is pure and untempered. His music defies description except to say it is coming from somewhere seeped in the early blues with a Neil Young overlay and the feel of country, blues, pop, and folk. I am beginning to believe, the more I listen to this album, that if Neil Young heard it he would say: "That's it...that is what I was trying to sound like...listen to those chord progressions and chord changes...that's it". People point to Tom Waits and others as Ward's forebearers but the muse here is genuinely unique and the sounds are those that only a budding genius could make. The opening rif of Fool Says feels like it came from Abbey Road but by song\'s end you have been dipped in Young and Dylan. I dare you to listen to Get To The Table On Time and not imagine yourself there as the Ward family calls their prodigal son to come down from the attic for dinner. M Ward makes beautiful music---sounds like you have never encountered--and he sings along with the melodies as if he can't help himself. Who could if they had this much soul? It is all coming from a very deep place inside him and you owe it to yourself before you pass---the main issue he is addressing on this album---to hear these songs because they are the most soulful and melodic tunes you will have heard in quite some time. This man lives in his own songful world and I can't thank him enough for sharing it with us on Transfiguration. If you put this album on your turntable it will be a long time before you take it off. The more you listen the deeper it gets---just like M Ward, I suspect. This is genius, pure genius, and you need to hear it.

A1 Transfiguration No. 1
A2 Vincent O'Brien
A3 Sad, Sad Song
A4 Undertaker
A5 Duet For Guitars No. 3
A6 Outta My Head
A7 Involuntary
B1 Helicopter
B2 Poor Boy, Minor Key
B3 Fool Says
B4 Get To The Table On Time
B5 A Voice At The End Of The Line
B6 Dead Man
B7 Let's Dance
B8 Transfiguration No. 2