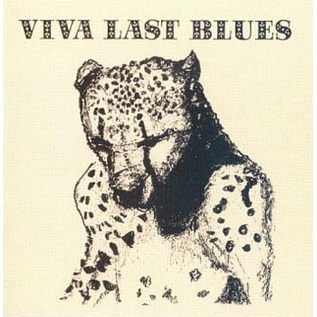 Howard W. Hamilton III has played rock music on the independent circuit most of his life. He currently lives in Minneapolis where he has been a force in such outfits as Brainsaw, Saucer, and the Busy Signals. He's also an accomplished artist who has designed album covers, books, and genius paintings.

Right now he leads the super-hot Red Pens, one of last year's best new bands. To date, they have released a CD called Reasons, and a brand new EP called "Limitations," on Grain Belt Records.

"I can remember the day I got this on cassette and I can also remember how I don't think I was ready for it. This was the third record Will Oldham had released and looking back it was so far ahead of it's time it has taken me years to take in the whole thing and understand its true greatness.

I recently purchased a '95 Chevy Astro Van for our band in lipstick red with worn out graphics on the side making it look like a space ship that has done some battle. I was pretty freaked out that the van only came with an AM/FM cassette deck and quickly started digging out the tapes I had somehow kept over the years in a big light blue metal suitcase. I found my original copy of Viva on a black cassette and popped it in after abandoning the album for ten plus years. It instantly brought back the feelings I had on the first listen to "work hard play hard," and how I thought that song was such a joke. Now I hear the genius and I understand it, I just wasn't ready before. I was always the one who thought they wouldn't be a sucker for "new partner." I have cried ten times in the last two weeks listening to this song on repeat. It kind of says it all. I used to listen to this same song when I was much more cynical and young and think 'this is a rip off of Willie Nelson's always on my mind.' God what an idiot.

The players were a rag tag crew of 1995's finest with Liam from Plush adding unique and almost funk keys at times, Jason from Sebadoh on stiff but lovable drums, Bryan Rich on lead guitar and Will's brother Ned filling in the blanks on bass and everything else under the sun.

The whole record jumps back and forth flawlessly flawed from bouncy full band to the folkiest of folk and you don't even notice it unless you are trying to write about it. I remember thinking how nuts and sexual the lyrics were, now it all just comes across as a brilliant documentation of a time period where Will Oldham wasn't sure what to do next so he just gathered some friends and made a sleeper masterpiece. I have been listening to this tape on auto reverse for a week straight and the whole thing is truly full of daring lyrics and so much effortless feeling it's an old wooden rollercoaster in the kiddieland side of the park.