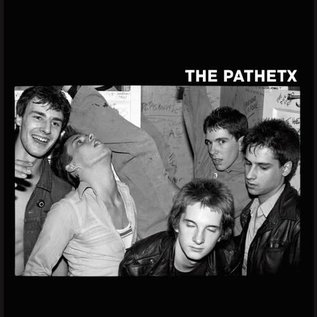 Third Man Records is proud to announce the first-ever release of The Pathetx - 1981. Clocking in at 18:16 minutes, available in standard black and limited edition colored vinyl 12” 45rpm versions.

The formation of the Pathetx began in 1980 with singer, Mark Leavitt, and guitarist, Greg Kutcher. They had been playing together in their basements for a while and were looking to get out on stage in the punk clubs in and around Detroit. They assembled the rest of the group, drummer Ted Meek, guitarist happy Tom McHenry and 16 year old bass player Mick Nasty, through newspaper ads, local “punk walls” and music stores. The Pathetx took their inspiration from the West Coast punk scene that was happening at the time, bands like The Germs, Black Flag and Dead Kennedys, as opposed to most of the other punk bands that were kicking around Detroit who were looking to The Stooges and MC5 to show them the way. Nunzio’s was the band’s unofficial home away from home but they played every legendary punk club in the area: Bookies Club 870, Freezer Theater, Red Carpet, Windsor’s Coronation Tavern...you name it, The Pathetx played it. They shared the stage with Detroit’s first wave punk bands as well as the superstars of this new hardcore thing that was happening. They played the legendary Endless Summer Skatepark show with Necros, Negative Approach and Meatmen. Their live shows were filled with beer, blood and pogos.