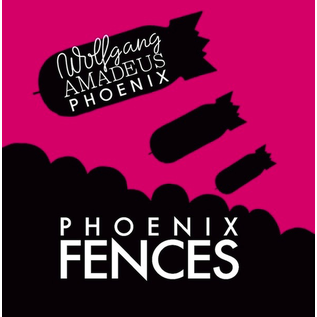 The French band Phoenix draws elements from an eclectic '80s upbringing to arrive at their rock-synth sound. Thomas Mars (vocals), Deck d'Arcy (bass), and Christian Mazzalai (guitars) were a garage band based out of Mars' house in the suburbs of Paris. Mazzalai's older brother Branco joined the band on guitar when his band Darlin' disbanded in 1995. The group got their touring start on the French bar circuit doing Hank Williams and Prince covers to drunk audiences. Two years later the band took on the name Phoenix and pressed 500 copies of a single on their own label, Ghettoblaster. The A-side was a punk rock song and the other a chugging Krautrocker, hinting at their eclectic tastes. Shortly after, they were signed to the Paris-based Source Records. Phoenix became well acquainted with labelmates Air when they acted as their backing band on several U.K. TV appearances. The result of the electronic exposure was a single called 'Heatwave,' which was very similar to a '70s disco tune. United, the group's debut album, appeared in 2000 on Astralwerks and was recorded over two months. The album featured guest appearances from friends and family, including Thomas Bangalter (Daft Punk), Philippe Zdar (Cassius), and d'Arcy's mother's choral society on the track 'Funky Squaredance.' Alphabetical followed in 2004 and It's Never Been Like That in 2006.