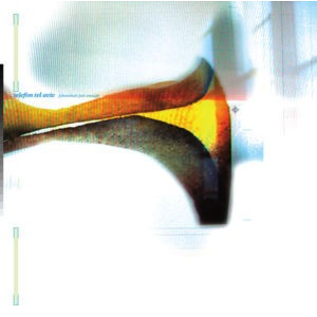 The late 1990s was a fertile time in the American electronic underground. At the convergence of hip-hop, electronic, and soul music, these artists sought to carve out their own lane. In September 2001, New Orleans' Telefon Tel Aviv, high school friends Joshua Eustis and the late Charles Cooper, joined the conversation with their debut album, Fahrenheit Fair Enough, released by Hefty Records. A labour of love, Fahrenheit was an attempt by the pair "to contribute something meaningful" Eustis says today, "something definitely American, and kinda southern too." Living in New Orleans in the late 1990s, Eustis and Cooper were in the thrall of two musical orbits: black America -- New Orleans' bounce, Detroit's techno, Chicago's house -- and British electronica -- Autechre, Aphex Twin, Jega. Recorded over the course of a year in Eustis' childhood bedroom in the Riverbend neighborhood of New Orleans, Fahrenheit mapped out a potential for American electronic music in a time of hope.On the fifteenth anniversary of its release, Ghostly International is reissuing Fahrenheit Fair Enough with a vinyl edition and bonus digital material.

A1 Fahrenheit Fair Enough
A2 TTV
A3 Lotus Above Water
B1 John Thomas On The Inside Is Nothing But Foam
B2 Life Is All About Taking Things In And Putting Things Out
C1 Your Face Reminds Me Of When I Was Old
C2 What's The Use Of Feet If You Haven't Got Legs?
D1 Introductory Nomenclature
D2 Fahrenheit Far Away