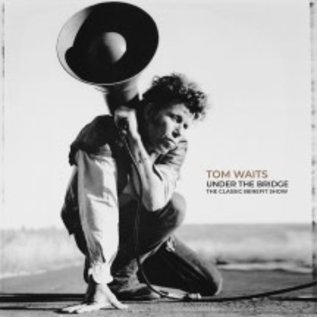 In 1998, after Island Records released the compilation, Beautiful Maladies: The Island Years, Tom Waits left the label for ANTI- , whose president, Andy Kaulkin, said the label was "blown away that Tom would even consider us. We are huge fans." Waits himself was full of praise, saying "Epitaph is rare for being owned and operated by musicians. They have good taste and a load of enthusiasm, plus they're nice people. And they gave me a brand-new Cadillac, of course." Waits' first album for his new label, Mule Variations, was issued in April 1999. Billboard described the album as musically melding "backwoods blues, skewed gospel, and unruly art stomp into a sublime piece of junkyard sound sculpture." The record was Waits' first release to feature a turntablist, and it won a Grammy in 2000; as an indicator of how difficult it was by then to classify Waits' music, he was nominated simultaneously for Best Contemporary Folk Album (which he won) and Best Male Rock Vocal Performance (for the song 'Hold On'), both different from the genre for which he won his previous Grammy. The album was also his highest-charting release in the U.S. to date, reaching no. 30 on Billboard. On 30th October the same year, Tom performed a superb set at Neil Young's annual Bridge School Benefit concert, which featured cuts from his new release alongside a well-chosen selection of cuts from previous albums. This performance is now available in full on this LP. Bonus cuts come from an in-station broadcast appearance Waits made the previous year at KCRU, Santa Monica, on 31st March 1998.