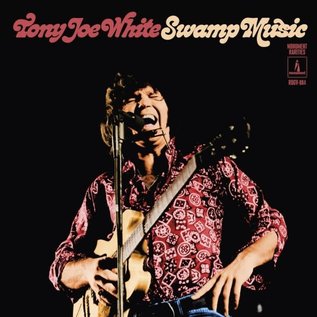 Full Length Vinyl 1
Side A
01 Willie and Laura Mae Jones (Alternate Version)
02 I Protest (Remastered Version)
03 A Man Can Only Stand Just so Much Pain (Remastered Version)
04 Toil & Trouble (Early Version)
05 It's Not What You Got
06 Prison Song
Side B
01 Hung up on You
02 Ten More Miles to Louisiana (Remastered Version)
03 Let the Party Roll On
04 Watching the Trains Go By (Alternate Version)
05 Boom, Boom
06 Baby Please Don't Go
Full Length Vinyl 2
Side A
01 Soul Britches
02 Dusty Marshmallow (Version 1)
03 What Does It Take (To Win Your Love)
04 This Guy's in Love with You
05 Laying out All Night
06 I Want Your Sweet Love
07 Keep a Movin' Train
Side B
01 Woodpecker (Alternate Version)
02 Prisoner
03 Do You Want My Love
04 Gospel Singer
05 I Hate to See You Cry
Full Length Vinyl 3
Side A
01 I Can't Stand It
02 Mississippi River
03 Hey Jude
04 Chain of Fools
Side B
01 Mississippi Delta
02 The Ballad of Hollis Brown
03 Blue Monday
04 Tobacco Road / Dead End Street
05 Skinny Legs & All
06 Just Look at You

Tony Joe White "The Swamp Fox" was an American singer-songwriter and guitarist best known for his 1969 hit song "Polk Salad Annie" (also recorded by Elvis, Tom Jones and Dusty Springfield) and for "Rainy Night in Georgia" which he wrote but was originally made popular by Brook Benton in 1970. He grew up on a cotton farm in Louisiana, performing music at school dances and, after graduating high school, in night clubs in Texas and Louisiana. In 1967 White signed with Monument Records and released four singles between 1967-1970 with little to no commercial success in the U.S. "Polk Salad Annie" had been released for nine months before it finally entered the U.S. charts in July 1969, eventually reaching #8. Tony's first full length studio album, 1969's Black and White, featured the songs "Willie and Laura Mae Jones," "Polk Salad Annie," and a cover of Jimmy Webb's "Wichita Lineman." White had three more minor hit singles that followed and he toured with Steppenwolf, Anne Murray, Sly & The Family Stone, Creedence Clearwater Revival and other major rock acts of the 1970s. White made a comeback in the 1990s, producing, performing and writing songs on Tina Turner's Foreign Affairs album, including the title song and the hit single "Steamy Windows." As a result, Tony became managed by Roger Davies, Turner's manager of the time, and was signed to Polydor. 1991's Closer to the Truth studio album was a commercial success and helped put White back in the spotlight. Subsequent studio albums were released and in 2014, he appeared on the Late Show with David Letterman alongside the Foo Fighters to perform "Polk Salad Annie." White died of a heart attack on October 24, 2018 at the age of 75.