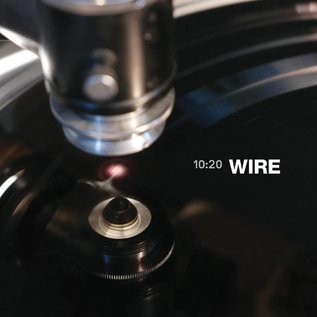 '10:20 is a glimpse into the working practice of the band and may perhaps give clues as to why Wire has retained such a singular identity through the years. The album divides in to two halves - the 2010 side & the 2020 side - hence the title. When Wire plays live there are, in the main, three classes of piece:, new songs, old songs and 'new old' songs. The latter often involves taking something that existed on a previous release and re-working it, very often evolving a stage highlight from it. There also pieces that have never seen a major release but for some reason never fitted on an album. The best of these ideas have been recorded in two sessions - one relating to Red Barked Tree but recorded in 2010 and another relating to Mind Hive & released in 2020. Incidentally celebrating the decade Matt Simms has been with them.